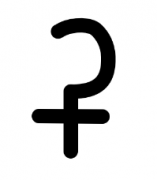 Many astrologers see the discovery of these asteroids as an expansion of the role of women in public life. Looking back to that time period, women were fighting for the right to own their own property, education, labor rights, abolition of slavery, and the right to vote. Universal education, labor rights and abolition of slavery were wider movements at the time, but some these other organizations and schools excluded women. At this time, some women began to become politically active, some women began to work outside the home and some women stayed the same or even desired society to stay the same. Ceres and the other asteroids discovered at this time expanded the archetypes available to correspond to feminine energies.

Ceres is named for a goddess of the harvest who also had her daughter abducted to the Underworld. In this story, Ceres’ brother Pluto abducted Ceres’ daughter Persephone and took her down to the Underworld to be his wife. Ceres protested to her other brothers (Neptune and Jupiter) but nothing was done until she caused nothing to grow on the Earth. After that, a compromise was reached and Jupiter determined that Persephone would spend 6 months in the Underworld and 6 months up with her Mother. In astrology, it is usually said that Ceres represents the mother and nurturing. I feel like it may be the more complicated side of being a mother, the push and pull between control and allowing freedom and growth. Maybe it is also the support you provide and the desire to be appreciated without demanding it. However, these are my own ideas that I want to explore further with more charts. Physically, scientists believe that Ceres formed when the rest of the solar system did, but was unable to grow into a planet because of the gravity of Jupiter. I feel like that may say something about the story too, but maybe not because goddess Ceres did find a way to show her power.

In Vibrational Astrology, their research shows that people with strong Ceres take “a broad philosophical and sometimes economic or religious perspective on personal issues, and not necessarily in a healthy and positive way”. These are people that take a stand on social issues that are also personal to them. Ceres rules agriculture, which requires a social system. You have to be part of a social group to accomplish something big.