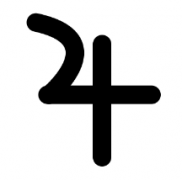 Jupiter is the largest planet in the solar system.  In fact, this gas giant is twice as massive as all of the other planets combined.  In astrology, Jupiter is seen as the planet of growth and expansion, which correlates with its massiveness. Gas giants have a highly pressurized core. Scientists are not even sure if Jupiter’s core is solid or not. This core generates Jupiter’s strong magnetic field, which as pulled in at least 53 moons (maybe 79). This is a reminder to be centered and try to make sure your growth is grounded.

Jupiter is about growth and expansion. Jupiter looks for new experiences, new knowledge, new people – any opportunity for growth. Jupiter is associated with teachers, morals, faith, philosophy and our world view.

Jupiter is a Yang planet – masculine and active. Jupiter was considered Warm (and Moist) by the ancients. Jupiter rules the liver, the pancreas and arterial circulation. Jupiter is also associated with obesity and the metabolism.

Jupiter is a benefic in the Day sect.

Jupiter has Domicile rulership in Sagittarius and Pisces.

Sagittarius is an expansive sign of exploration and big ideas. Sagittarius wants to travel and expand their mind with philosophy and other broad topics important to life. Jupiter is at home in this expansive sign.

Pisces is a sign without boundaries. Pisces is the limitless ocean of our imagination. Pisces is other realms that we can’t quite be a part of. Jupiter is at home in this sign that expands as we do.

Jupiter is in Detriment in Gemini and Virgo.

Gemini is about neighborhood connections and the people we grew up with. Gemini is a twin, mutually dependent on another and bound to them. Gemini can get caught up in the local details of things. Jupiter wants to move on to a bigger, more universal picture and it is far from home in Gemini.

Virgo is about routine and discrimination. Virgo separates something large into its parts so it can be more easily understood and digested. Jupiter sweeps everything up into a broad idea and does not want to be bogged down in components or details. Jupiter is far from home in Virgo.

Jupiter is Exalted in Cancer. Cancer is a family, a tribe. Cancer can ground Jupiter’s lofty goals and root them in a community of support.

Jupiter is in Fall in Capricorn. Capricorn is an outer face and Jupiter can become dogmatic or inflexible as it gets too married to its views. Jupiter’s interests are broad and it can know a little about a lot and then feel insecure when challenged.

Although Jupiter is of the Day sect, he is the Triplicity ruler of Fire in a Night chart. Jupiter also cooperates with both sect rulers of the Air signs.

In Vibrational Astrology, Jupiter’s energy makes things bigger. If Jupiter is in a three planet pattern, Jupiter wants to expand the energy being expressed in a big way. In Vibrational Astrology, it is important to note that Jupiter and expansion are not inherently good or bad. You can make something good bigger, but it is also possible that you expand something challenging for you.