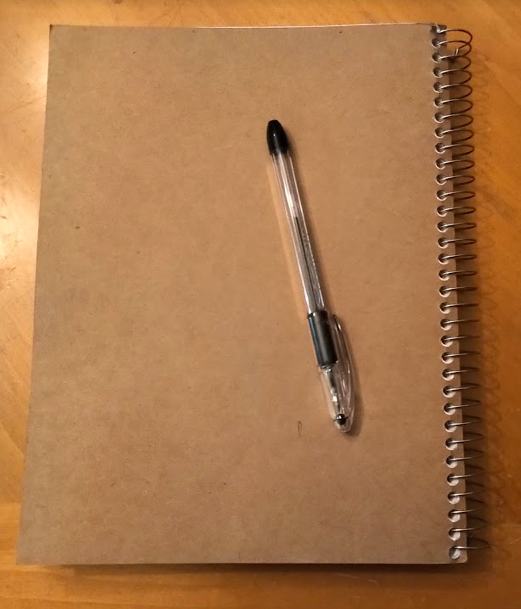 I am really feeling the need to explore my inspiration for creating this website. If I can figure it out, maybe I can get moving again!

On Friday August 3, I was struck by an inspiring idea for this website.  I knew I would need to put in some basic required pages (like a privacy policy) and fill in some content pages first, but I was assuming that I would stay motivated and have the entire vision realized within a few months.

All night, I was obsessed with writing things up, planning and drafting my first post. On Saturday August 4, I made it happen.  I got a server and the URL and the journey began.  I was absolutely obsessed.

While the preliminary pages and basics weren’t (and aren’t) always fun to work on because I haven’t quite solidified how I want to focus them, I can’t blame that.  I keep getting different ideas for them, but I still don’t come on here to do it.  I’m sure the transition from inspirational fire to routine work is part of it, but I don’t think that tells the whole story.

This isn’t the first time a manic fire has seized me and helped me to get a lot done before abandoning me as fast as it came. But this time, I’m really interested in analyzing it and learning from it.  I know astrologers aren’t really supposed to parse like this, that interpretation is about the whole chart.  But I can’t help myself.  I feel like something can be gained by speculating on the role the celestial bodies may be playing in all my shifts and flows.

I first wanted to write this post while everyone seemed to be focusing on the end of the Mars Retrograde, but I had a technical issue so I abandoned that too.  I’m still thinking about it though, so why not?!

The general attitude was “Motivation is Back!”

So why not me?

The problem with blaming Mars Retrograde in this case is that Mars was retrograde during the inspiration moment AND during the abandonment of the effort.

Mars was retrograde at 2 degrees Aquarius at the inspiration and at 29 degrees Capricorn when I just couldn’t motivate.  Both placements of transiting Mars are in my 5th house if you use Placidus houses.  If you prefer whole sign houses, the inspiration moves to the 6th house, and abandonment stays in the 5th.  I do have natal Venus at 1 degree Aquarius, but she would be in the position to influence either of these Mars’. I just don’t feel like Mars is telling me much about this shift.

Uranus represents creativity and innovation, so maybe it’s worthwhile to look there?  Uranus was direct for the idea and retrograde for the end of motivation.  This is promising, but the two positions are only 2 minutes apart so the entire time could be part of the station.  On the date of the retrograde station in the ephemeris (August 7), I worked fervently and happily on the website all night.

One problem with comparing planets for two events so close together is that the moon is the only celestial body with significant motion, so what can we do there?  The transiting moon was in Taurus, conjunct transit Uranus for the idea (0 degrees 15 minutes orb).  At the abandonment of the efforts, she was opposite transit Uranus in Scorpio (6 deg 21 min orb).  Maybe, maybe.  If only she were conjunct now. She’s about 50 degrees past Uranus in Gemini right now, almost sextile.  So, I looked back to my 1st attempt to write this post on September 13.  On that day, the moon was in Scorpio with transit Venus, quincunx transit Uranus.

I can’t decide if this tells me anything or not.  It does make me want to start paying attention to the Moon Uranus cycles though.  In my natal chart, the moon and Uranus are quincunx (2 degree 5 min orb) and the moon is the focus of a yod. Maybe I’m sensitive to these?

I also looked at my houses in the transit chart.  No transiting planets were in my 10th house.  My 5th house was hosting Mars and Pluto, both retrograde on both days.   Nothing really talks to me there.  The interesting thing is, back on September 13, I created natal charts for both of these moments, with assumed times of inspiration and times of ending the effort.  The ascendant of the inspiration chart is 29 degrees 23 minutes Aquarius.  Ideas and technology!  The ascendant of the end of the motivation is 15 degrees 24 minutes of Pisces with Neptune conjunct ascendant (16 minute orb).  Lost focus, maybe.

I’m not sure what to do with that either, but it sure is inspiring me to keep on watching and and trying to find connections.  Who knows?  Maybe, eventually, I can.