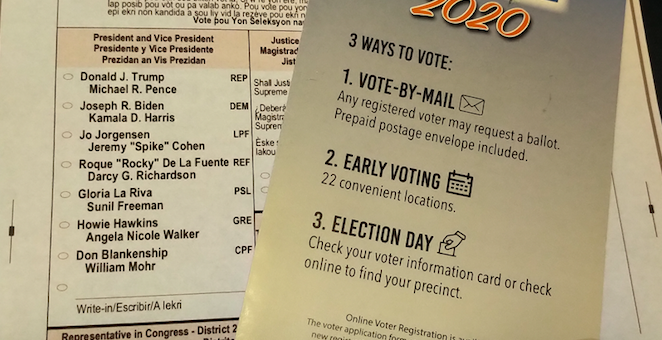 This is the second in an Election 2020 series focusing in on particular parts of the charts of the candidates. I realize that it’s best to consider a whole chart, but sometimes it’s worthwhile to focus in and explore one thing. In this case, I have decided to focus on the Suns of the Republican candidates. I chose this after looking at tri-wheels showing me the Republican candidates in relation to the 2020 General Election and the Inauguration speech.

For the election, I used the final closing times for the polls. Whether the votes will be counted by then or not, this is the deadline for the votes to be cast.

Note: We do not have a timed chart for Mike Pence, so the Moon may be 7 degrees away in either direction.

When the polls close in Alaska and Hawaii, the Sun for the election will be on the IC in the chart for Washington DC. 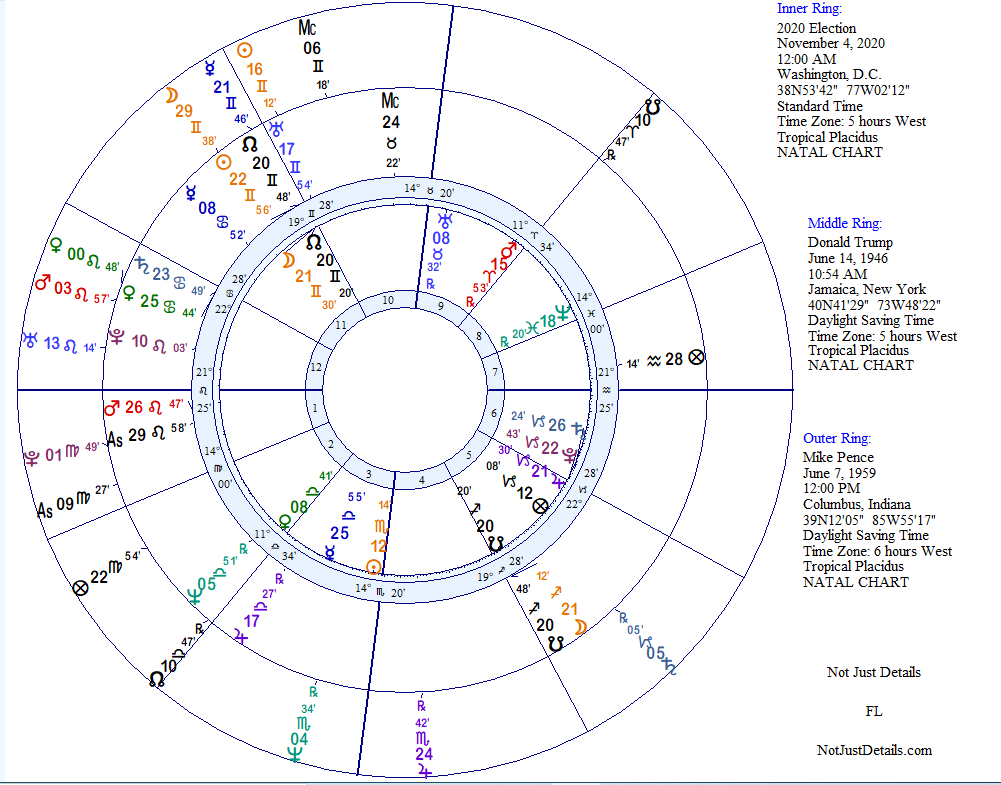 The Sun represents our life force and vitality. It is the way that we shine in the world. I think the Sun has some affinity with the Republican Party with its focus on individuality and individual contributions. The Sun stands on its own and planets near it are invisible in the sky due to its bright light. The conjunction with the Sun is the beginning of a new cycle for all of the other planets. The past is burnt up in the process of combustion and the planet is cleansed. As the planet moves out from the Sun, it starts out anew with a fresh start. I think this is how the conservatives want it to be – no need to dwell on the past or create programs that do not have a defined end point. Stand up and start again.

Donald Trump’s Sun is in the 11th house of the election. This placement represents benefactors, groups and alliances. It is also hopes and wishes. It is a succedent house, aspiring to the prominence of the 10th (the public reputation and career). In the tri-wheel, we can also see that President Trump is having his nodal return. This is considered by many astrologers to be an important time in his evolution. In another type of interpretation, it is the North Node (Rahu) that is here with his Sun, leading to a desire for more. Rahu is the head with no body, a never ending hunger and a desire for accumulation. Donald Trump’s Sun is also on the Moon of the election, which could be making the country’s Moon qualities invisible to him.

Mike Pence’s Sun is in the 10th house of public reputation and career. This is a good place for a candidate’s Sun on an election. It shows high visibility and public notice. I think it’s interesting that his Sun is on Trump’s Uranus as he tries to provide a steadying influence and professional face to the campaign. It seems that his Sun could be working to make that unpredictable instinct of Uranus invisible and combust to reassure the voters who feel unsure about that energy.

So, I think these Suns have something to say about the Republican candidates in this election. 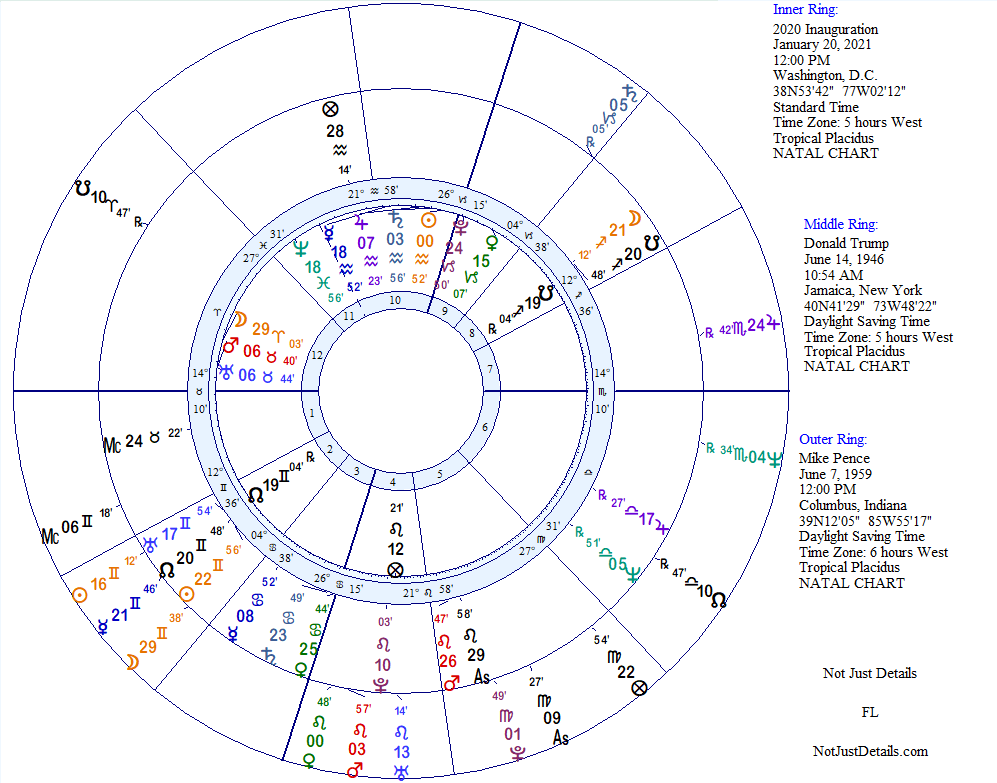 When I did the same for the time of the speech on Inauguration Day, these Suns moved into the 2nd house of resources. That may not be a good omen if you are worried about Trump’s alleged enrichment of himself and his businesses through his offices. In modern astrology, the 2nd house also represents talents and self-worth, so it could also represent an application of those talents.

To dig deeper, I isolated the Sun in each of the candidate’s charts. 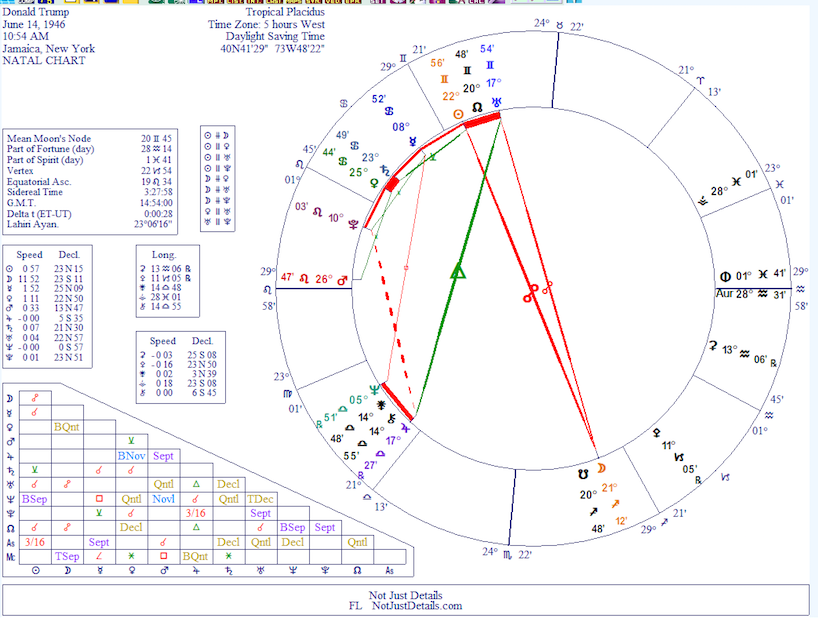 Donald Trump has the Sun in Gemini in the 10th house, the house of public reputation and career. It is conjunct the North Node and opposite the Moon because he was born on an eclipse. The full moon part of the moon’s cycle is when the moon is most visible and light. The full moon represents peak expression and activity.

Gemini is ruled by Mercury and it’s associated with curiosity and mental quickness. Gemini explores whatever it is interested in until it isn’t interested in it anymore. Gemini collects facts and details and is not associated with stepping back to create a broad philosophy (polarity with Sagittarius). It’s interesting because Gemini could help describe why Donald Trump seems to lose attention and decide quickly instead of getting deep, but it’s not quite right because he doesn’t seem that curious about the details either. Perhaps the Full Moon, by putting important personal planets in opposite signs, leads to a blending of the concepts.

Uranus is also near the Sun and North Node which adds an element of unpredictability and impulsivity to the Sun and its expression. Combined with the quick, youthfulness of Mercury and Gemini, this energy can feel amplified.

The Sun has a wide sextile to Donald Trump’s Mars, which is located on the Ascendant. Mars adds more fire to this Leo Ascendant contributing to his inspiration and his passionate proclamations.

Mike Pence does not have a timed chart, so we do not know which house his Sun is in. We can see that his Sun is in Gemini. 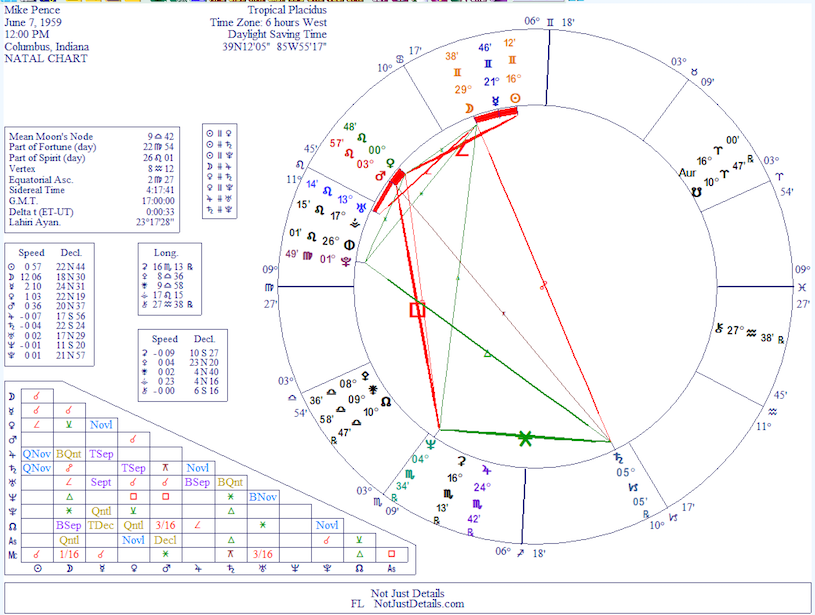 Mike Pence’s Sun in Gemini is conjunct Mercury, the ruler of Gemini. Mercury is still combust which may make it less visible in him, but at this point in his life he has developed the ability to communicate well. Also, in Mike Pence’s case, there are no planets in Sagittarius, so there is likely more Gemini expression in his Sun than the one Trump has. Through his leadership of various initiatives for the administration, he had to have a grasp of the details and he probably has that mental quickness.

The Sun is also semi-square Venus and Mars. The semi-square is a subtle tension that can challenge and motivate action. This minor aspect is not used by all astrologers because it is subtle and may not be felt. However it does indicate some tension and growth opportunities around his energies of attraction to beauty (Venus) and his inclination to act to create beauty in the world (Venus-Mars).

Both of these Suns seem to reflect the candidates as they are seen in public. They are also very resonant with the Republican Party and its stated ideals. The Suns have contributed to how we see these candidates and how they shine in the world. 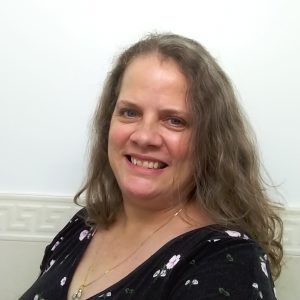 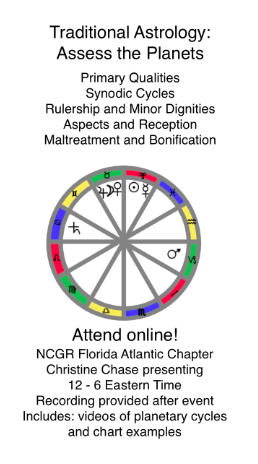 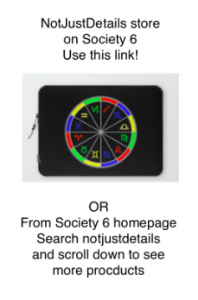